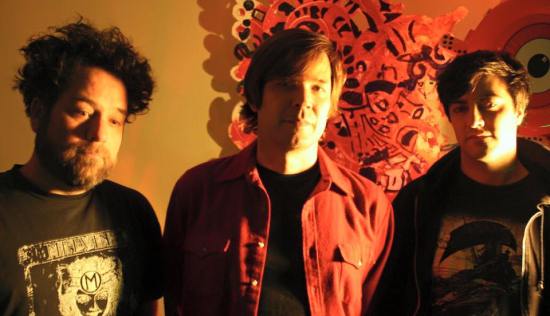 The Spires started in 1998 as a duo with Jason Bays and Coleen Coffey on the drums. Later, Catie Kindred joined, taking on bass duties. In two separate turns, Coffey with child and Kindred pursuing academia, drum duties would fall to Brook Dalton (Tall Tales and the Silver Lining) in 2012 and bass to Danny Gomez (La Sera, Sweet Reaper) in 2014. Having shared the stage with bands such as Ariel Pink, Toro Y Moi, Ruby Suns, Jason Faulkner, Shannon & The Clams, and A Minor Forest, The Spires hope to book a tour in 2016 to promote their new record, Dreamconfusion, which was recorded at The Spires’ home studio in Ventura, Zoom Spark, and Joel Jerome’s ARW in Los Angeles. With contributing artists Bryan Russell (guitar) and Seth Pettersen (bass) of Massenger (Burger Records) as well as Coady Willis of The Melvins (bells on “Big Blue Nothing”).